Good Morning from the Edge of the Apocalypse 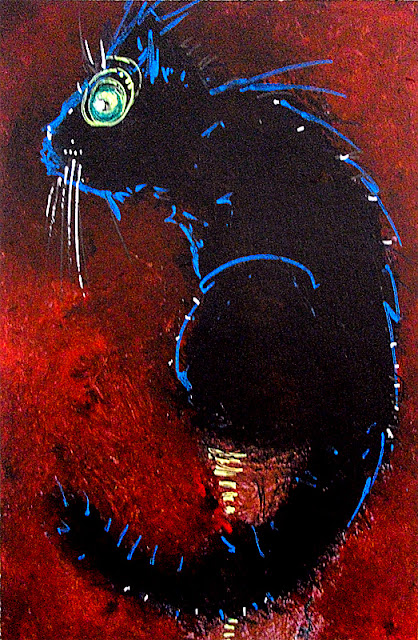 It's still early in the week but I'm already waiting for the weekend to show up. The late nights and early mornings are killing me ... but only figuratively. It would help if I went to sleep earlier... but where's the fun in that?

Last night I watched the sun set, turning the sky in to ultra vibrant hues of orange, my favorite color, before changing to some crimson reds and then eventually blackness.

It was really dark ... street lights didn't seem to turn on and things became eerily quiet. You could almost think the world really was coming to an end. If it ever does I'm going to do what the zombie cats do ... climb a tall pole, or tree, and watch the world burn.

This Apocalyptic Cat on a Post is the most recent zombie kitten rescued from the catacombs and put in to the bargain bin ... hoping to get adopted before winter sets in. 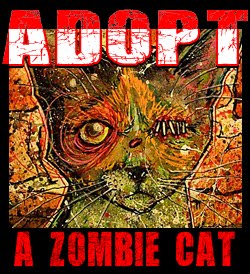